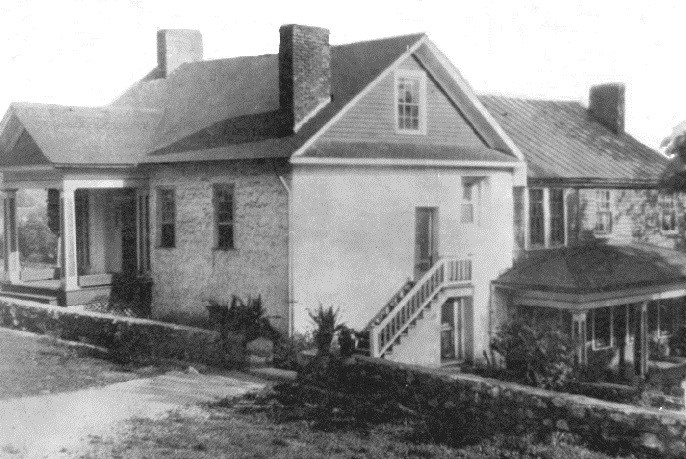 Green Bottom Inn was one of the oldest overnight hotels in Huntsville. It was built in 1815. It is located in Normal, Alabama.Green Bottom Inn was built by John Connelly. He was also the owner of the property in the 1800s, and built a private race track that attracted many politicians and statesmen. The building was occupied by the crowd brought in from race track traffic.

Located nearby the Green Bottom Inn sits the victory bell where thousands of African slaves were forced to travel from the Carolinas and Virginia to be sold and taken to the South. William Hooper Council, along with his mother and younger brother were also sold at Green Bottom Inn's auction block. According to Normal Historic Preservation District Association, slave cabins from the Green Bottom Inn days would serve as homes to the family and faculty of Alabama A&M in the late 1890s.

“’Old Hickory’ Comes to Town on Big Black Horse’” or “Recalls visit of General Jackson to Huntsville in 1820” by Orville Fanning, no year.